Carpet Beetles Bugs that look like Bed Bugs. One of the insects most often mistaken for bed bugs is the carpet beetle, a very common tiny flat-bodied insect that can be found almost anywhere in homes and places of business, as well as inside people’s cars.

Bed bugs may seem similar, but there are many ways to tell them apart. This article explains the differences between these two. 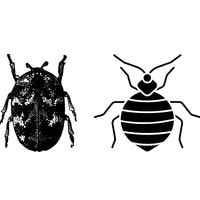 The color of bed bug larvae is important when it comes to spotting them. Carpet beetles are gray when they are larvae, and they change color when they are adults.

These small insects also leave behind droppings as they feed on whatever is around.

However, the droppings that each species leaves are quite different in appearance and shape, though they do look similar, there are some differences that will help you differentiate between the two.

A bed bug is a tiny parasite that eats human blood and lives in nearby mattresses, sofas, and other places.

During the daytime though, they hide in cracks, crevices, and other dark places so they can feast surreptitiously in your bedroom at night.

Bed bug bites cause inflammation, itching, and a red welt both of which are unique to the skin infection caused by bedbugs. Most of the time, they feed on you at night, when you’re sleeping.

About 3 mm long, carpet beetles are small and flat. One interesting fact about carpet beetles is that they don’t feed on blood (unlike bed bugs which do) and also tend to be found feeding naturally upon natural fibers such as wool, silk, and fur in the larval stage.

It’s also worth noting that their name comes from the ‘varied’ diet of foods they have during their life cycle when fully grown and adult.

The signs of carpet beetles

Carpet beetles can destroy your carpets. Although they may be costly, they are not harmful to your health.

Carpet beetles prefer dark, undisturbed places to eat, such as underneath furniture, so they can be hard to detect. The adults are usually visible.

Carpet beetles can enter a building through any opening or space on its exterior, laying their eggs close to food sources.

The carpet beetle hatches, breeds, and infests a home before it can be identified. You may want to hire a professional if you see a lot of them. 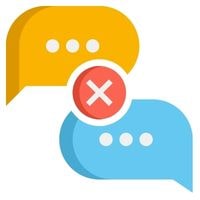 Bed bugs and carpet beetles are different creatures with different requirements, but they both enjoy living in dark places where they can ambush their prey.

Where can you find a carpet beetle nest?

Particularly if you have pets. Wool clothing and blankets stored in attics, basements, and closets are also prone to infestations.

Do not allow lint to accumulate in low-lying areas, such as along carpet edges, under carpets, as well as in cracks, registers, and ducts.

How high a temperature is necessary to kill carpet beetles?

Infested items should be heat-treated for 1 hour and 15 minutes once the temperature probe reaches 120 degrees Fahrenheit.

The carpet beetles begin to die at 120 degrees Fahrenheit within 30 minutes, but it is best to go for the hour and a half option to ensure they are completely dead.

Is it possible for carpet beetles to live in your hair?

Carpet beetles like the essential oils in shampoo and conditioner, so if you use a lot of it they might bite into your hair while you sleep.

Are Carpet Beetles And Bed Bugs The Same?

Carpet Beetles Bugs that look like Bed Bugs. It is possible to confuse Carpet Beetles with Bed Bugs. However, they are only similar in appearance and do not carry any diseases. A bed bug is significantly larger than a carpet beetle.

They are typically only 3-6mm in length and have rectangular bodies. However, bedbugs are larger (5-8mm) and look more oval-shaped.

Additionally, Carpet Beetles usually have a tan-colored shell, and Bed Bugs are more brown or red. We hope this article helps to clear up any confusion you might have about these pests and how to identify them.