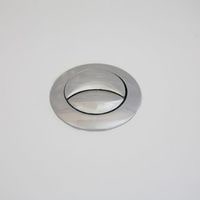 Dual Flush Toilet Keeps Running After Flush. You go to your toilet where you have a dual flush toilet and when you flush it you find that it keeps running water down to your bowl even after flushing the toilet.

This is indeed a problem and it needs a quick fix-up because at times this same overflow of water from toilet can come out of the bowl of your toilet and then, as a result, it can flood your entire toilet that definitely doesn’t look good at all.

This write-up is being written from the point of view to educate our honorable readers on the possible causes of this overflow of water from the tank to toilet bowl and how to fix it up so that next time our readers don’t panic. 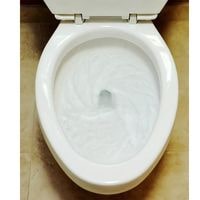 One of the most common causes of a toilet flush consistently being running down water is a worn-out seal or seal that is dirty or warped.

Often the reason for this overflow of water despite the toilet being flushed malfunctioned fill valve that consistently fills up the tank.

If the overflow of water from the toilet is the result of the fill valve, it just keeps the water tank being occupied with water that flows into the bowl of the toilet through the overflow tube.

You will find toilet filled valve on the top left side of the water tank, it is connected down to the toilet tank to the water supply tank and its sole purpose is to fill the water tank after each time you make a flush.

When you first make the usage of flush by pulling it up or pushing down the button, the float cup makes a move down to the lowest level of the tank and as result, it opens up the fill valve so that it water can be filled in the tank.

The moment the tank is full of water the float cup goes upward to its original position where it would stop functioning and further cause closing of fill valve. What you must sure that level of water in tank should be ½ inch down the overflow tube.

The fill valve will definitely unceasingly keep filling the water tank if the height of the float cup is not set according to more than what is recommended.

Often times float boat is fine, there is such a defect in the fill valve that it doesn’t even get closed even after getting the water tank filled and the float cup going back up to its original position. This makes the flow of water in the tank an immediate effect hence it needs to be instantly replaced.

Determining the problem of constant flow of water after flush

To go on with taking on the step to make a fix first get to know what the actual cause is behind flow of water despite being flushed, for that you just need to uncover the cover of the tank to see the level of water in the tank.

If the level of water in the tank is more than the overflow tube then the problem is either with your fill valve or float cup.

The height of the toilet float can be comfortably made adjustments but leaking or malfunctioned fill valve requires to be replaced.

In most cases cause of flow of water despite being flushed is with its seal . In following ways we can fix them up.

Turn off the supply of water to the tank 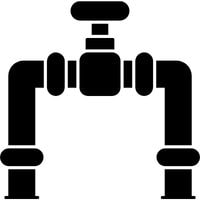 Flush the toilet to make sure the water tank is empty of water, flush it as much you need to empty it.

Uncover the lid of toilet and put it somewhere at a safe place.

Make a careful check if it is weary ,disordered or full of dirt

In case you find out it got too weary over a period of time then you have no choice left except to replace it.

The rubber material is made of so it’s stretchy and easy to be pulled out, once you have taken out an older one then put a new one.

If the seal has some dirt on it then simply take it out and clean it in your sink. You also have to be mindful to clean the flush valve where you see the water sits.

Once you’ve taken the above steps in all three cases then put everything back where they were.  Cover the lid of the toilet tank and then turn on the water supply to the tank so that it fills up. Now finally flush in hope that it won’t flow after it.

If the above tricks don’t give you the desired result then it’s best for you to seek the help of a professional.

Why does my toilet continue to run after I flush it?

The most commonly observed cause behind this is toilet seals. Often it could be the effect of a defect in the fill valve of the toilet.

How do you fix a dual flush that keeps running?

This depends upon the cause of this overflow of water in a bowl. Sometimes it’s just the problem in your fill valve that needs to be replaced or sometimes you just need to replace it.

It gets weary over a period of time or sometimes the seal is disordered so need to make some adjustments or sometimes you just need to clean the seal in the sink.

How to fix a double flushing toilet?