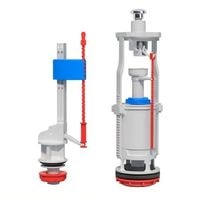 How To Adjust Toilet Fill Valve. You go to your toilet and after easing of yourself in toilet you make use of flush and then you find that even after making use of flush still there is flow of water.

Often it happens that when you go to your toilet to ease yourself off and when you make use of flush ,it flushes slowly and poorly enough to make you flush it more than one time , and sometimes it doesn’t flushes at all despite pulling the handle of flush.

In both cases you can panic and you would like to know the actual causes behind the above mentioned problems and how to fix them up.

This writeup is being written from the point of you to equip you with the necessary knowledge regarding the overflowing and poor flushing so that you may not panic and fix any of the above mentioned problem as quickly as possible for your own good.

How To Adjust Toilet Fill Valve 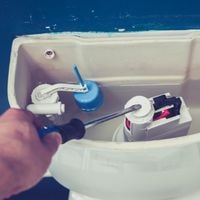 So now you must be keen to know the causes of these problems , below we are going to discuss them separately.

If you see the problem of running water even after flushing toilet once its because there is excessive water available in the tank.

If you see the problem of poor flushing then obviously it means the water present in tank is too below the general level of ½ inch.

Causes of inappropriate level of water in tank

To understand the causes of the inappropriate level of water in tank we must first give you better understanding of two very important part of this flushing system in the water tank above the bowl and below we are going to discuss them.

If you want to know which exactly is that part of tank that contributes in filling up of tank with water is then be informed it is called fill valve.

Now you must have the clear idea that its actually the fill valve is the root cause of the problem of the overflow of water despite flushing and the problem of poor flushing. 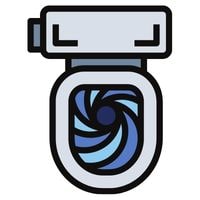 When you first pull the flush lever, it would result in causing a chain to pull a seal down the tank that is called toilet flapper to open up the flush valve. Water in toilet bowl enter through the opening called flush valve.

As soon as the toilet flapper is lift of the water will enter in the bowl of toilet through the flush valve.

Before the toilet being flushed the float boat is in its actual position attached with the fill valve ,but as soon you make use of flush it goes down to the bottom and as a result it opens up the fill valve.

Fill valve that is a line of water connected to the tank starts filling the tank as result of opening up .  Once the tank is fill valve the float boat goes back to its original position causing the fill valve to be closed.

Sometimes it would happen that the toilet float will be in need of some adjustment because it is not adjusted the fill valve will  either overflow the tank or it will not flow the water up to the general level .

Why to adjust the toilet float ?

From above discussion it becomes clear that when there is problem of overflow of water even after flushing and the problem of poor flushing then it becomes obvious that you need to make some adjustments in the toilet float.

In addition often its take too much time to refill the tank which also hints toward the need of making some necessary adjustment in the toilet float .

Making adjustment in the toilet float is something even layman can do it very easily and comfortably. To make adjustments in toilet float observe the following steps . 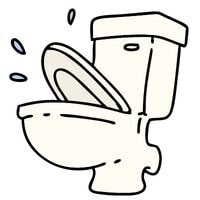 First and foremost is you are require to uncover the lid of tank and put the cover in some place where it can not fall down on floor to crack.

Now find a screw that is next to the composite structure of fill valve .

Now you may now make the usage of screwdriver by spinning it clockwise to lower the level of water in tank if you see the level is water is above the general level.

How do you adjust fill valve?

Its quiet simple , just uncover the lid of toilet tank ,place it somewhere you feel it is safe , take a screw driver and look for the screw that is with the fill valve and float boat.

How To Adjust Toilet Fill Valve. From the above discussion now it is very much clear what is the cause of overflow of water despite being flushed and also the cause of poor or weakened flushing.

Now you know what is float boat and fill valve and on top of that you have learned the way to make necessary adjustments in toilet float.