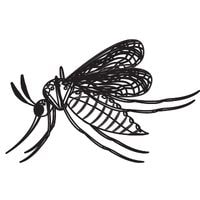 How To Catch Mosquito In Room. Mosquitos are flies that have a pair of wings that have different scales on their bodies. Their wings are long and narrow shapes they are parasites to humans and other animals as they feed on the bold of other organisms.

There are some mosquitos who not only just feed on blood but also spread or cause dangerous diseases such as the disease known as Malaria is caused by anopheles which is a type of mosquito not only that but there are other diseases like Dengue fever which is very dangerous.

It caused the deaths of countless people before its cure was made. The eradication of mosquitoes is important to stop such vile diseases.

How To Catch Mosquito In Room 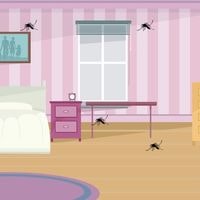 Following are some verified methods on how to catch a mosquito or how to get rid of them.

There is a trick known as the light trick which Is effective in catching a mosquito or eradicating it completely. We know that mosquitoes are attracted to light in a natural way, especially to blue or rather purple light.

So to use this method you got to turn off the lights and eradicate any sources of light. When I say any I actually mean any source of light available it your cell phone even candles or the light from your smartwatch.

When you are done with this go to the next step which is to use a dim single specific source of light. The mosquito will be attracted to the only source available while you do that get ready to catch the mosquito or even eliminate it.

Then when the mosquito is in your view make your hand bowl-shaped and like clapping catch the mosquito in with your hands maintaining the bowl shape you had.

This is one of the easiest ways of catching the mosquito. And if you are going for the kill don’t make a bowl shape with your hand. You can also kill the mosquito by using a newspaper or a paper fold. 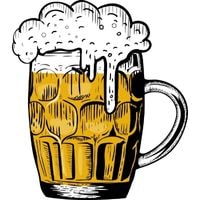 The structure of mosquitoes is built such that it detects CO2. An awesome thing you didn’t know is that this is actually how mosquito senses living organisms such as humans and animals and after detecting feeds on them drain their blood like it’s theirs to take.

The levels of CO2 are its peak during workouts or in a room with circular air flow in it. Well, actually we can make the artificial sources of CO2 just get these blood suckers out of their hiding and in to our clutches or to kill them.

So to do this we can either use beer or yeast as they both produce CO2at high rate. Pro tip if you mix them you’ll get an even better result so just mix them or separately use one material at a time. Pour it into a bowl or a cup.

Then sit down on the side and chillax that little sucker comes then use the method of bowl hand to catch them or weapons to kill them. Well getting rid of them to be honest is much easier the that to catch them.so on to our next method. 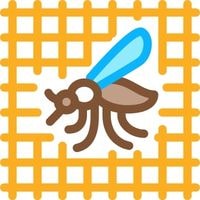 This is my own method and it is tested and verified by me. So for this method, you’ll need a mosquito net and a place to set the mosquito net.

Most importantly your self I mean not just as the attacker but as the bait as well now to start this method get in the mosquito net and leave an opening as I mentioned above that the mosquito is attracted by CO2.

We as humans release CO2 at an excessive rate so when the mosquito senses the CO2 emitted by us it’ll naturally be attracted to it.

And so with this attraction, the mosquito will enter through the opening we left as it is the only place he can enter through so when it enters use the methods I have mentioned above to catch the little parasite or to eliminate it as you want it.

Where do mosquitoes hide in the bedroom?

How To Catch Mosquito In Room. So from the above article, we have learned about mosquitos, their effect on society, and most importantly how to catch them or eliminate them. The above methods are really effective and are recommended by top users.