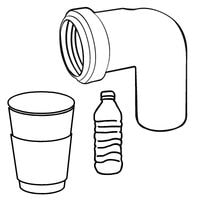 How To Cut Hard Plastic Without Breaking It. Plastics are made up of polymers they can be either synthetic or natural materials.

Plastic is such a type of material that is shaped when it is soft then later it is hardened when the required shape has been required.

As plastic is a polymer it is made of many things that are repeating. It was introduced as the first man-made plastic in 1862 by Alexander Parks. It was then called “Parkesine”.

But some say that plastic was invented in 1907 but that is wrong. The credit should go to Park as he was the one who invented it. Plastic nowadays comes in different types, shapes, and sizes.

As we are going to talk about hard plastic let me tell you an interesting thing. Polycarbonate is referred as the strongest plastic and it is due to the fact that it’s 200 times stronger than Glass.

How To Cut Hard Plastic Without Breaking It 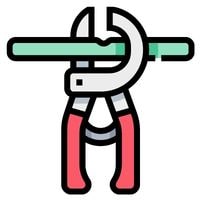 There are multiple ways to cut hard plastics without breaking them and new methods are being discovered day by day with the passage of time.

These methods are really efficient and easy some of the methods to cut plastic without breaking it which is hard are given below:

LASER as we know is a highly concentrated beam of light. It is used to cut metals in heavy industries.

It is getting more fame due to its efficiency. For this, you just need to pass the plaster under the concentrated part of the LASER. 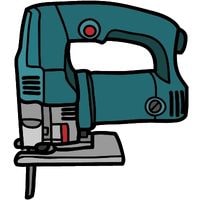 Jigsaw is another type of saw. To cut the plastic using jigsaw method you’ll need a jigsaw with a sharp blade and good handling skills.

It is easy to cut plastic using a jigsaw for this like before clamp the material or plastic you want to cut down. Then press the trigger of the saw to make it start than wait for it to start completely.

After the saw starts use it to cut the plastic you have pinned down. Remember to use a firm grip on the saw as it can get out of hand. A jigsaw is much more effective than a Router in case of cutting plastic. 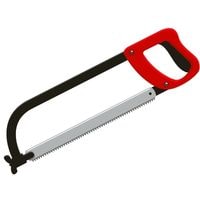 Hacksaw is a light weighted instrument and can be easily used a normal person. For cutting the plastic without breaking it using a hacksaw place the plastic you want to cut on a table or some other similar surface.

After doing that use clamps to fix the plastic on the table such that it doesn’t move unnecessarily.

After doing that use the saw to make cuts as the plastic is slippery it’ll be difficult at first but after on it’ll get easier. 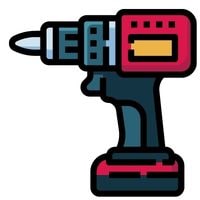 Well, we can’t actually cut the plastic using drill but rather make holes in plastic which aids us in cutting the plastic. This is an advance level technique.

For this technique, you’ll need an electrical hand drill. Bit with a small diameter not large as it might damage the plastic and a hobby or utility knife. Start by attaching the bit with the drill.

Like before use clamps to hold down the plastic you need to cut. Before making the holes you should draw a line just to be safe and precise if you think you don’t need its tour choice.

Then start the drill by pressing the trigger. After starting making small holes on the lie you drew that line is purely for reference. After the holes use the Knife to cut through the holes as required to be precise not to cut it wrongly.

A tip is to wear safety gloves before using the knife as it is very sharp.

Using Thread To Slice The Plastic

For this method, you’ll need a 2 feet nylon or polyester thread after acquiring a thread of the size check the strength of the thread. To check pull the thread from both sides if it doesn’t beak with the force.

You are ready to roll. Grab the plastic you want to cut with your knees. Not start moving the thread like a saw. It’ll not be easy to cut but with persistence, you can cut it.

By Sawing The Plastic With Chain Saw 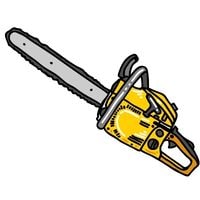 Using chain saw is very efficient and easy but it is not for kids as losing control can cause serious harm not just to the plastic you were cutting but also to the person using the chainsaw.

How to cut hard plastic?