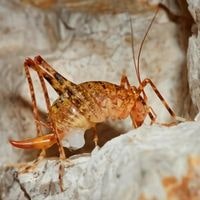 How to get rid of cave crickets. Cave crickets are one of the types of cricket. By their name, we can say that they inhabit caves or in simple words live in caves.

They as being insects are considered to be part of the kingdom Animalia. They are also called camel crickets. They live in cool and damp places. That’s why they live in caves.

You can find them underneath the rocks and plants. The cave crickets usually chew on food like plant leaves and other stuff. But they have the ability to give you a bite. Some people even claim to be bitten by the cave crickets.

They are considered scary by some people as they have a fairly large size. And a scary body structure. They also have long legs and antennae.

This adds to the fear factor f people. The fear might even develop into some kind of phobia. So it is better if you don’t have the cave crickets around and if you do have them you should just get rid of them.

How to get rid of cave crickets 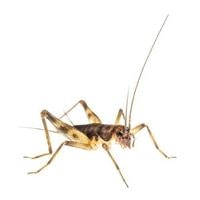 Cave crickets can be a nuisance to have around as they can also bite you. They invade your house and damage clothes and other fabric material.

They can scare kids as well so we should or rather must get rid of them f they enter our house.

Multiple ways for their extermination are given below. 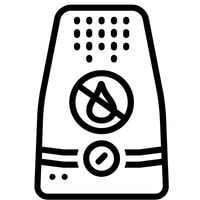 Like, I mentioned before that the cave crickets crave for moistened places. They hate dry places. So what will happen if we were to dry the place where they are at?

The answer is simple they won’t like it. If we dehumidify the place it will be a great way to dry the place and the cave crickets might even leave the place without being forced meaning they might leave voluntarily.

Sealing will ensure that they will be stuck inside and it will also not allow them to enter our house. It is useful mostly for the purpose of keeping them away from your house or other places that you want to make sure remain safe.

De-cluttering is a method of removing unnecessary materials. In this case, the removing cave or camel crickets might just be what you need.

Getting rid of food materials from your room or any other place is a good way to start.

If you get rid of trash and other food sources the cave crickets won’t be attracted to anything that is in your house. Thus making them leave. 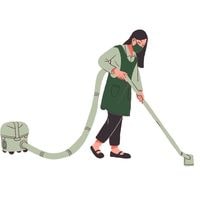 It all depends on our luck in the case of a vacuum. If you were able to catch even a few crickets with the aid of a vacuum you just outdid yourself.

But if you were unable to even get hold of a single one don’t let yourself get disheartened. You can just move to another method.

The aid of traps like tapes and other traps in the case is very useful. This is one of the supreme tricks in catching the crickets. It has numerous other uses as well.

The cave cricket is bound to get trapped in one of the traps you set and then you just get rid of the cricket or crickets as you want to.

Water and soap is rather a demonstrative method as you will see the results after you have actually used it.

For using the soap and water you just need to mix them and form a solution. Then just spray it on the cricket and you will see the result in a minute amount of time.

How to get rid of spider cave crickets?

How to get rid of cave crickets. The results of the theories I have given above are rather practical. You can rest assured that the methods to eliminate the crickets are genuine and tested as well.

The information has been collected from top methods on other websites and practical life.