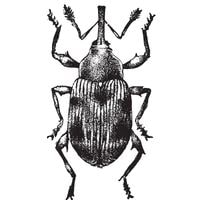 Beetles are commonly distinguished from other beetles. This is because of their rather long snout. Their snouts make them unique in the beetle superfamily.

Weevils are all herbivores meaning they do not feed on the blood of humans or other animals. That being said the weevils do not bite other animals and even humans.

As they have no need for blood or meat from us or the other animals. The weevils due to their structure and wings also have the ability to fly.

They can fly here and there if they want to. Weevils are not parasites and unlike the bugs like fleas and lice the beetles or weevils do not live on humans or pets and they do not have any parasitic relation with any other organism ether.

How to get rid of weevils in rice 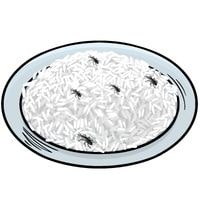 The materials which attract the weevils more include edible things like grains, flour, and Rice. so here we are going to discuss rice. We clean our rice before making them.

These creatures’ majority include weevils as the weevils shred their skin, do feces and even lay eggs in rice. So we should eliminate such insects.

For this purpose there are, methods listed below: 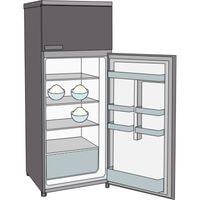 The method of freezing is simple and easy for all people who want to get rid of weevils. Like the method suggests you just need to freeze.

For this method, we need a freezer. After buying or getting the rice that is packed. We just need to put or contain the pack or container into the freezer.

Weevils are creatures who like dry places and places that are not too cold. So if we store the rice in the freezer which is both cold and moist. The weevils will not like it.

They won’t be able to handle such moisture and cold and eventually, they will die. For this, you should store the ice in the freezer for at least 4 days. Then you can wash and cook the rice and eat them without any fear.

Just putting the neem leaves or bay in your rice storage will keep the weevils from entering them and the old ones will also run away.

This method is cheap and simple as neem leaves can be bought easily. 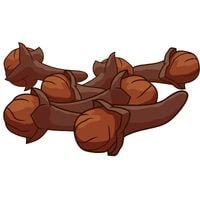 Although the title just suggests the use of aroma. It does not mean that you just use a perfume with the smell of her clover. clover are actually flower buds.

They are natural with the ability to keep insects away. They are also very easy to get a hand on as they can be found easily and available at a lot of stores.

In this method, we just need to get a few clovers and sprinkle them on our rice or near them. That will trigger the weevils and make them run away. The cloves can also be used in your room and cupboards.

Black pepper is also not liked by the weevils and it proves useful in repelling them.

It is one of the easiest ways as black pepper is available in homes and used very commonly.

Doesn’t sound very imaginative but the matches contain sulfur, which is also not very likely by the weevils.

They try to avoid it as much as they can so just put a matchbox around the rice you want to protect and you will have no worry at all.

How to Get Rid of Rice Weevils?

How to get rid of weevils in rice. The methods I mentioned will probably be very helpful to you. there are other ways as well but I think that the above ones are enough as they are the most effective.

So we now have the perfect solution or rather many solutions to our problem that involved weevils. We also know why to get rid of the weevils and what might they do if we do not get off them at the proper time.