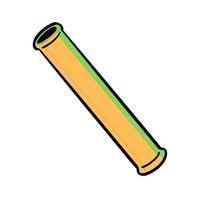 How To Remove Green Corrosion From Copper Pipes. Like everyone, you do take immense care of your home? The answer is obviously yes, but often at times like most people you do have the tendency to forget to look at the pipelines in your home and when you look at them quite often it’s too late or we must things when situation is lot worse.

It comes into your observation that the copper color has changed into green then you do ask yourself “ What could be the possible cause or causes behind this copper turning into green or is it something dangerous?”.

Despite the fact that you have no clue idea of the causes of your copper turning into green you might be able to relate them with the other copper-related stuff in your home like jewelry that turn into green after some period of time and then.

Your mind reaps another question to you here now and that’s “ Is that happened as practical manifestation of “theory of relativity” or it has been caused by some other factors?”.

To clear this confusion once in for all this writeup is being written and we will also be guiding you all in removing in the erosions.

How To Remove Green Corrosion From Copper Pipes 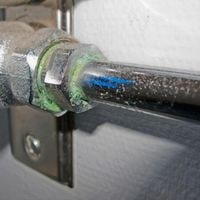 Causes Of Copper Pipe Getting Green

In the existence of sewer gas, this is common to see the copper pipes getting darker and green. A good amount of sulfur has the potential to cause the copper to get dark.

Probabilities of your pipe in touch with galvanized steel is higher, that has potential to be lot hazardous. This would be true in most cases if the copper for pipe is of poor quality.

Often the people involved in building in home make use of copper pipes that are of poor quality with high amount of adulterations.

On the initial look at them you would not be able observe it but with the passing time these adulterations do come up on the surface of pipe and as a result the pipe gets dark. 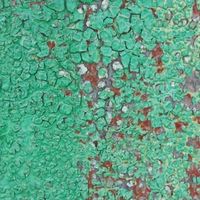 One of the most common causes the green ting on copper pipes are corrosion.

This green ting on copper pipe also called patina is result of exposure of copper to water and air. However exposure of short duration is not going to be problematic.

Is patina good for pipes?

Patina for copper pipes is good for short period of time since it prevents the pipe from exposure to chemicals.

It would become the cause of corrosion on your pipe you leave the patina unchecked for longer period of time. As result of this corrosion the plumbing would become more breakable.

How to clean green corrosion from copper pipes

Indeed one of the most used technique to clean the corrosion is way to cheaper than you would have thought. Just go to your kitchen and take salt , vinegar and flour.

Make a mixture of each of them and each of them have to be in equal quantity. Scrub it on the areas where you see corrosion and then wait for some 30 to 40 minutes to allow it to settle.

As soon as the mixture gets settled on affected areas then clean it by using foamy water. 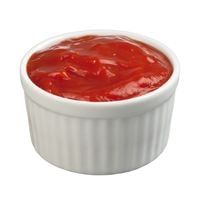 Yeah you read It right , we are sure you are surprised reading ketchup ,well it is good cleaning agent for copper.

Ketchup contains an acid that contains vinegar and salts that are very handy In cleansing the stains on copper.

Put the ketchup all over the affected areas and then scrub it and once you are done with scrubbing it leave it for some 20 to 30 minutes before polishing it spotless soggy and moistened piece of cloth.

There are chances that the green ting may not be removed by using the above methodology, if it doesn’t happen with you then don’t worry all you need is to take a lemon and put some salt on it.

What causes green on pipe?

How do you remove corrosion from copper pipes?

Answer:  Just have salt, vinegar , flour mixture  and ketchup or even lemon with salt on it.

How to Stop Copper Pipe Corrosion?

How To Remove Green Corrosion From Copper Pipes. From above it has become clear to all of you that having green ting may be useful for a shorter period of time since it helps in the prevention of water being mixed from any chemical.

However, with the passing time, it can be dangerous since it can lead copper to corrode that further can cause the explosion of pipe, in other words, water loss is possible if the green ting is left for a longer period of time.