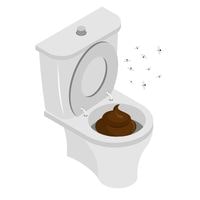 How To Unclog The Toilet With Poop Still In It. You are going to your toilet  and you notice that the more you getting close to your toilet more unpleasant odor you keep smelling.

Once you entered in the toilet now the smell has increased significantly which makes it impossible to stand there even for a second but still having one hand on your nose in order to avoid the smell you still manage to try to look around in self inquiring manner that what exactly is source of this smell.

You uncover the lid of your bowl and then see your bowl is clogged up while with lot of your poop still in it  and you are like “Oh gosh” you find it too hard for you to stand there now ,now you just want to puke out in the nausea that looking at your poops clogged in your toilet’s bowl gave you.

This writeup is being written from point of view to educate our readers on tips to unclog the toilet with poop still in it so it can help them to avoid such scenarios.

How To Unclog The Toilet With Poop Still In It 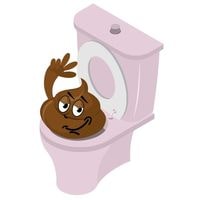 Following 2 precautions must be taken before you advanced to any of the below written tips.

Yes you must wear gloves in order to save your hands from the water that may splash out.

Wear mask in order to cover up your nose so that it wouldn’t be much smelly for you to able you to do the work comfortably.

Tips To Unclog The Toilet With Poop In It 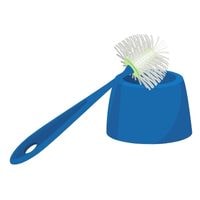 Brush of toilet most of you’d be having very next to your toilet’s bowl. Although like no one you too don’t want to be in a situation like this, still all you need to have a toilet and brush ,to push the poop down in the drain you have to press the poop with toilet brush.

Make sure while you are doing this do it lot carefully to avoid water. Now make your toilet flush twice to get your desired result, you are done .

Yes it may surprise you but that’s true that plunger is one of the most easy and effectual tool to get your desired result of unclogging the toilet with poop.

Just grab a plunger that is wide opened so that it makes some vacuum in the bowl. The moment you have put the plunger in the bowl all you got to do is to move it up and down slowly.

Once the vacuum for unclogging comes into being then speed up your moving of plunger. Now since the vacuum has been created so obviously the poop will go down in the drain then you just have to pull or push the lever of flush to flush it 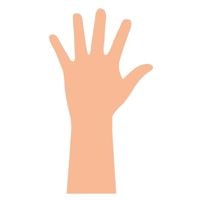 Yes your own hands can be useful in getting your desired result but since this is going to be too filthy experience for you so we would importantly recommend you to put on some gloves on your hand.

Take a garbage bag with you and a plunger. Put the plunger in bowl of toilet and then keep pumping it upward and downward until you find some pieces of poops would be on surface of plunger.

Once you cautiously clean the poop from it throw it that garbage bag and then flush the bowl to get the full desired result .

We know for you its hard to believe but this is true that coca cola has some chemicals that make it handy in unclogging the toilet.

All you need is a half litter of coke that you need to put in the bowl of toilet , also add some soda in it and then as quickly as possible wrap up the opening of bowl .

Just pour in some amount of baking soda and not too warm water in the bowl, after doing it wrap up the opening of the bowl with plastic foil. The wait for an hour should be followed by flushing of toilet . 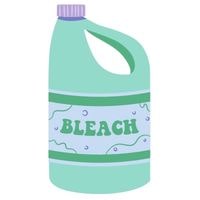 If your bathroom is clogged up too much then make the use of bleach. Just add in two three cups of bleach in the bowl.

Get yourself some time so that the poops get dissolved and then flush it for sometimes.

How to Unclog a Toilet Fast?

How To Unclog The Toilet With Poop Still In It. From the above written discussion you have now some tricks in your knowledge , tricks to unclog the toilet that is full of poop, now you have no tension whatsoever .

Next time you find yourself in such situation then don’t panic just follow up the tips you have read above.