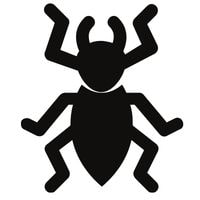 Little Black Bugs In House. Seeing small black bugs is not something you like, its quiet an annoying experience for all of you.

Some of the philosophers having these tinny black bugs in our house have some wisdom for our own good and that wisdom is to be wary of ourself and how limited we are, quiet often due to being not wary of our own self.

We behave in such a manner that we are everything or infinite but mere constantly pondering over the fact that we had no idea whatsoever about invasion of these insignificantly sized tinny little bugs in our own house can humble us.

Having these tinny little bugs in our house by no means is acceptable but this is what nature is all about but at the same time you should know what exactly they are and in which part of the house each of them are found so that you can take necessary step before they invade your house.

This article is being written with a point of view to give awareness to all of you that what exactly these black bugs are. 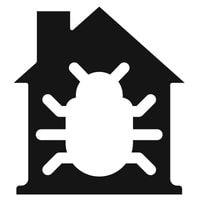 We are going to discuss the five most common bugs that are found in your house.

For you to be able to recognize we will be giving you knowledge about their characteristics and where you will find each of them. 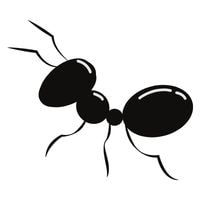 One of the most common bugs you all must have seen are ants, they usually eat grains and crumbs or anything that they can lift from their little hands.

One of their characteristic that make them distinct from other bugs is that mostly they work in good numbers.

In other words, if you want to know and understand the power of unity then you can ponder on ants that how they achieve their desired ends by doing work collectively.

A group of ants is called colony or sometimes an army that goes toward their food and bring it back to their queen. You will see ants in your kitchen and your cabinets where you have your food. 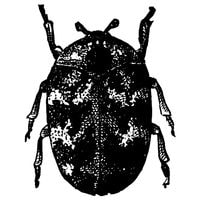 Another most common bugs in house are carpet beetles, they have round and globular bodies and they also have pair of wings. Their cover are hardened and gleamy.

Carpet beetles as their name implies they usually feed on fibers like wool, silk ,leather and hair.

As we have already mentioned above that carpet beetles usually feed on anything related to textile fibers so they are mostly found in bed rooms or rooms with woolen carpets. You should also keep in mind that they can also eat up the entire mattresses.

Because they are too small to become noticeable it would often happen that it would be too late for you to notice them and by too late we mean here not before any damage to your textile or sometimes even after before their life.

Weevils like ants also like to eat foods that are eaten by humans so you will get to see them either in kitchen or in the cabinets that have food for you.

They often come into your home by the food from outside your home. 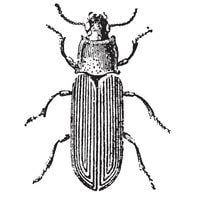 Quiet similar to the weevils flour beetles have spherical with black, brown and firm cover on them.

Like weevils and ants flour beetles are also those bugs who like to eat the food we human eat so you can find them in your kitchen shelves and the cabinets of your house that have food in them.

Often these bugs like weevil bugs would enter to your home through foods like utensils and flour etc. 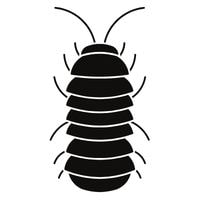 Pill bugs or woodlice whatever you say, you would spot them in the plants or any area of your house that has moisture.

Different from other discussed bugs these bugs eat only plants that are dead and as a result of which soil of your pots would be clean.

So this makes it pretty obvious to you that you will get to see them in dampened home’s area.

What are the little tiny bugs in my house?

There are different types of little tiny bugs that invade our houses, most notable are ants, termites, carpet beetles, weevils and flour beetles, etc.

Little Black Bugs In House. From the above discussion, you know not only about little black bugs that invade your house, but also you know where do usually you see each of them so that you can recognize them.

Besides you also have a little bit of a philosophic idea that whether why nature bothers you through these bugs.