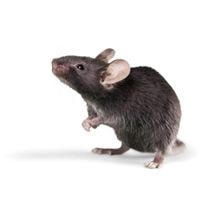 Mouse In Bedroom Can’t Sleep. Mouse or mice can cause you not to able to sleep for this there are multiple reasons behind it. This can be due to musophobia; the fear of mice. It is getting more common these days.

You might not be able to sleep because of the noise the mice make at night this is due to the fact that these species are much more active at night as they are in the day.

It can also be due to smell of mice as they hover around here and there in the trash they get dirty and that can make them smell. It may also be because of the stains on your bed that the mouse left while it was hovering around. 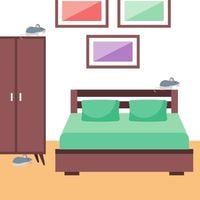 “Mouse in the bedroom can’t sleep” for this the methods to get rid of the pesky rodent are given below:

By Removing The Source Of Food

Mice are really attracted to food like Jerry. They smell it from far away and come at it anyhow they seem to like but if just remove the food they won’t have any attraction thus they won come at all.

You are wondering how to get rid of the mice that are already in this for that read the points given below.

By Using The Sound Method 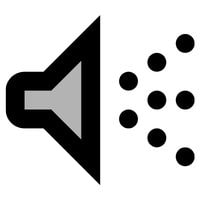 Ultrasonic units have great impact in keeping the mice away from your house or other places where you don’t want the mice to be wandering round and doing damage to your stuff as we all know mice can cause a lot of damage to our stuff especially clothes and wires.

Plus, point of the use of sound units is that they are safe and are harmless to humans so you don’t have to worry about the safety of your children. These units are cheap and can be found easily at stores near you.

Getting Rid Of Any Nestling Material

We should make sure t get rid of ay nestling material which can be accessed by the mouse in long run or even in short run.

Keeping soft fabrics, cotton, and other nestling material away or putting them in heavy-duty plastic bags or in steel cases can ensure the safety of such materials.

If the mouse doesn’t find any nesting material to gobble up on it wont stay at your house as every living organism requires food so the mouse will migrate to place somewhere else.

Sealing The Entry And Exit Points

By sealing the point of entry it will be such that the mice won’t be able to enter in your bedroom or any other room in your house.

But what will sealing the exit point do it’ll trap the mouse inside and if you followed the above methods you must have ensured that it won’t have any food thus making the mice run for its life and you can imagine the consequence the mouse will o rouge and eventually you will find its body. 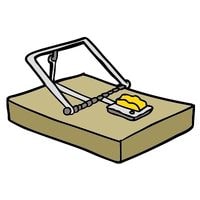 Live traps are very commonly used in our life. Everyone must have had seen them at some point in life. Some traps are used just to catch the mice which is a humane way and then setting the mice free at someplace else.

But there are other brutal traps that are used to eradicate the mice permanently. I personally think that the first method in which we free the mouse is much better then taking its life.

Well anyways live traps are very effective and cheap they can be put anywhere you think where there is the need of the trap. 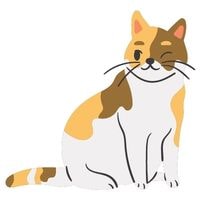 Well, I don’t think I need to explain this one. we all already know that the creature called the cat is a natural predator of mice.

We can see that in movies and even in cartoons that there exists a strong rivalry between cat and mice.

Even phrases about them are used in daily life. So just a cat. It’ll chase away the mouse from your house and you’ll be getting rid of the anomaly you were facing due to the rodent.

Mice repellents are even more common than mice traps as they are really really effective when it comes to keeping the mice away.

They can eliminate the mice permanently or just keep them away  It all depends on the type of repellent you use. Mouse In Bedroom Can’t Sleep.