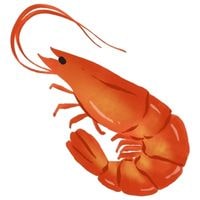 Shrimp Cockroach Of The Sea. If you love seafood then probably you are also one of those who is fond of eating. Shrimp is one of the most sold sea food all over the world, after all it is tasty for many people all over the world.

On the other hand we have a very creepy bug called cockroach. Cockroaches that are often found in the drainages of our home, these filthy-looking bugs are indeed a great source of nuisance for everyone.

You see them running everywhere in your home including bed room, lawns, bathroom and kitchen etc. These bugs often end up landing on your food while you are not aware of their movement.

Despite whatever being said above it is also true that both shrimp and cockroach are related to each other. It is probably shocking for you as it was initially shocking for me when I researched on both of them.

You’d be probably be asking that how could that creepy bug that is nothing but nuisance for you could be related to something as beautiful and useful under the depth of sea and ocean water?

In this article I will be discussing what both of them are individually and then will be shedding some light on the points that make both of them related to each other.

Shrimp Cockroach Of The Sea 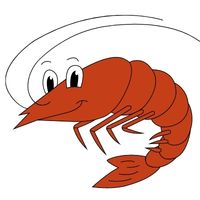 Shrimps what are they?

When anyone mentions shrimp in front of you many of you might relate to shrimp with its delicious taste, while this creature that lives deep in the water bodies i.e sea, and ocean is one of the well-known crustacea. The basic anatomy of shrimp is as follows

This anatomy is also shared by decapods therefore shrimps are also decapods.

Shrimps live in saltwater habitat and freshwater habitat, in short they can live in both type of habitats. It is also proven through observation that since they are too small so they move in numbers rather individually in order to elude the predators.

Shrimps eat anything that is in their reach, be it plants or dead animals or insects deep in the water, so we can say shrimps are by nature omnivorous and scavengers.

Shrimps do not harm anyone, while its us humans and other species who harm them for their advantage.

Cockroaches, what are they?

This might be some challenging for you to know about this creepy bug cockroach in detail yet here I am going to explore a little bit about them for you.

They are lot old than everyone would have expected, they have been on earth since the eras of dinosaurs and their anatomy is as follow.

Cockroaches have got the capacity to be able to be breathless underwater for some 40 to 50 minutes and what more surprising fact about them is being able to live headless for a period of week, that is why you see its tough ask for them to be killed.

Why shrimps are known to be cockroach of sea?

From the above discussion it is still not clear to you what makes people relate beautifully looking and tasty shrimp with creepy looking cockroaches that are headaches for us, humans, on earth.

Both shrimps and cockroaches share exoskeletons. Both have some sort of hard covering on their bodies in order to prevent some injuries or attacks from their predators. 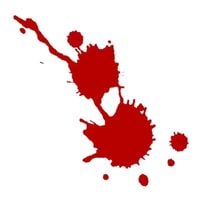 Another same point that makes shrimp and cockroach related with each other is both of them are cold blooded creatures.

Despite the fact that cockroaches are cold blooded animals yet they cannot survive in cold environment.

Both shrimps and cockroaches have same eating habit, both eat plants and small creatures in their access, and on top of that both of them also feed on dead animals hence both of them are scavengers. 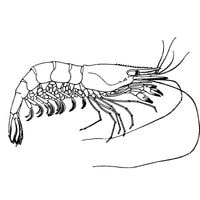 Another points which makes shrimps and cockroaches both related to each other is that both of them long antennas through which they prevent themselves from potential dangers.

Are shrimps same as roaches?

No, both of them no doubt have similarities but they both are not same.

Can shrimp survive out of water?

Are Shrimp In The Same Family As A Cockroach?

Shrimp Cockroach Of The Sea. In this article you’ve been able to learn some of the interesting facts about shrimps and creepy-looking cockroaches, you also know what makes both of them related to each other and the similarities between both of them which make people believe that shrimps are cockroaches of the sea.