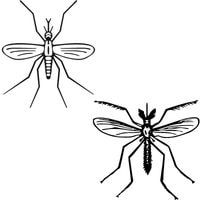 Tipple vs Mosquito. One of the biggest misunderstandings most people have in the insect’s kingdom is tipple or most commonly known as crane fly is the same as mosquito because on an initial look at crane fly you get the impression that it is the mosquito.

Because of its giant mosquito size, people are also mistaken that it eats smaller mosquitoes which is why it is also labeled mosquito hawk and mosquito eaters.

Despite having many similarities in the physique of mosquito and adult crane flies they both are different like upward and downward.

Probably you are also one of such who has believed these myths related to crane fly larvae since these myths are culturally accepted by the majority of people without even making proper verification.

In this article, we will attempt to put a fair amount of light on the differences between mosquitoes and crane flies so that you have proper knowledge regarding both of them and also have an idea why you should not panic when you see crane flies in your home’s premises. 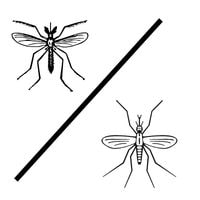 Mosquitos can be very harmful to humans because they have a tendency to bite people and animals both, mosquitoes are attracted to the smell of the suck blood of humans and animals.   There is, however, one big difference between the two female mosquitoes feed on both human and animal blood.

Often it turns out the only female mosquitoes are a carrier of diseases that can be very harmful to humans, harmful enough to even claim the life of humans.

If somewhere in your home water is stagnant then you can expect that place to be infested by mosquitoes because standing water is what they need to lay eggs.

Your home must be having bathroom and kitchen where there chances of water standing are higher therefore your home is not much safe from the potential infestation of mosquitoes.

The family of mosquitoes is called Culicidae.

Differences between crane flies and mosquito 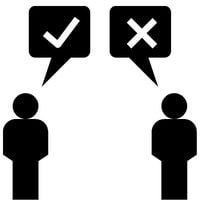 From the explanation of mosquitoes and a female crane above now, it must have become easy for our readers to understand the major differences between crane flies and mosquitoes.

The most evident differences are mosquitoes are harmful to both humans and animals since their smell attracts the mosquito, plus the mosquito often turns out to be the carrier of diseases that can even take the life of a human being.

However, at the larvae feed stage, crane flies can be harmful to your plants in pot plants or yard. In order to survive, they drink nectar. The presence of crane flies is a sign of a healthy ecosystem.

Mosquito infestation in your home is very much possible because mosquito needs standing water on the ground to lay their eggs, so your kitchen and bathroom have more chances to have standing water.

While crane flies need a muddy environment to lay their eggs, so there is no chance at all of their infestation on your home’s premises.

Mosquito’s family is called Culicidae while a family of crane flies is called Tipulidae.

Is a crane fly a mosquito?

No crane fly despite having similarities with mosquitoes is not a mosquito.

Is there an insect called a tipple?

Yes, crane fly is the most frequently used name for a tipple that belongs to a family called Tipuliadae.

Tipple vs Mosquito. In this article, you have learned some of the major differences between crane flies and mosquito-like mosquitoes that are harmful to humans and animals.

Whereas crane flies are harmful to plants only and also in the initial stage of their life because when they grow into adults they don’t even feed on plants.