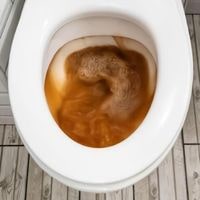 Toilet Backing Up Into The Shower. You go to your toilet to ease yourself up and then when you make use of flush you see the flow of water from the drain of your shower.

A toilet that is clogged up is bad for sure but it’s a lot worse when your toilet backs up the shower because it’s a big problem now.

It is also true that both the bathroom backing and shower system are connected with each other, so whenever there is going to be a problem in these connections then it can have a negative effect on both systems.

Toilet Backing Up Into The Shower 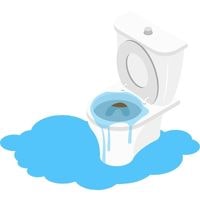 What is causing toilet backing up into shower?

If your toilet flush is working properly then it’s well and good but in the case when you make use of flush but water flows from the shower then there is definitely some obstruction down in your main sewerage line.

A clogged up sewer line even the slightest clogging would not be good for this water distribution work that is in connection with your bathtub and shower drainage.

Of course, this clogging of sewerage is not out of magic or any superstition, It definitely has some causes that we shall be discussing below. 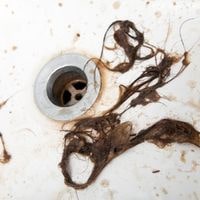 Often while we are taking bath due to many problems such as dandruff our hairs do fall down, although their amount is not as significant that can come into notice but they do fall sure in drainage and when they form a huge ball in sewerage then definitely it would work as a blockage.

Flushing Objects That Are Not Flushable

If you are going to flush objects that are cannot be flushed as toys of children, dense toilet paper and paper towel then get yourself ready to see a blockage as a result of clogging up soon in your sewerage line.

You can make use of a flush only to flush down your waste or toilet paper. Anything more than this means you are asking yourself the blockage problem to surface.

How to stop your toilet from backing up into your shower.

Well now you know exactly what is causing this problem so you must be eager to know how to get fix it up. We are going to discuss few tricks

If you want to make sure that your home doesn’t get flooded and if you want to avoid any further than destruction then you must get to know about the main water connection in your home that is more likely to be in basement of your home so that you can turn in it off. 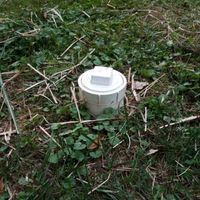 Once you are done with shutting down the main water supply it would be wise of you to get a removal of cap from your cleanout line that are usually in the garden of your home.

By doing so it would definitely going to create some force in the line that would prevent the flow of water back to your home.

These two steps are not the actual fix but they are the precautions taken before going for actual fix so that you prevent any mishap from occurring.

Put the snake down in the drain, put it down cautiously if you feel that the drain has clogged up due to heavy objects like children’s toys or sizeable hairballs.

As soon you reach deep down in the drainage then start rotating it anticlockwise while pulling it upward, doing so will unclog the drain. 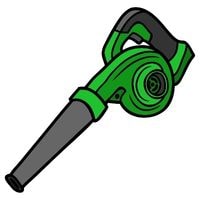 Simple , take up a air blower or electric snow blower put it down in the drain to create the air force so that it helps in unclogging of the drain.

If above tricks doesn’t give you the desired result then you must give a call a professional plumber to seek his assistance.

How To Fix the Flush Toilet that Backing Up in Shower?

Toilet Backing Up Into The Shower. From this discussion now you know why your toilet is backing up your shower. It’s because of one or multiple objects your drain has got clogged up and this clogging up is causing your toilet to back up your shower.