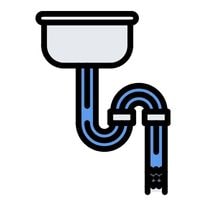 Toilet Siphon Jet Clogged. The siphon jets of your toilet is like a power hub. They are small holes just beneath the surface of rims of bowl.

The sole purpose of siphon jet is to allow the movement of water from the tank to the bowl not only to discharge the water through flush but also in cleaning the inside of bowl.

But the point is that these same holes do get clogged up whenever throw anything in the bowl. Your continuous throwing stuff down in the bowl builds up the clog and that clog then makes the flow of water slow into your toilet.

Lack of attention to it will eventually make the jets of your toilet completely clogged up and hence you may end up in unpleasant situation of seeing the wastes in your toilet that would make it difficult for you to stand in your toilet.

Its annoying indeed and it can also add on to your embarrassment in case if your guest have to see your toilet in such a appalling situation.

This writeup is being written from the point of view to guide all our honorable readers to unclog or cleanup their jets so they can avoid such situation. 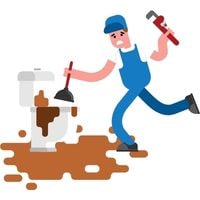 The Task of cleaning or unclogging the clogged-up toilet siphon is not a very uphill task, but you have to make sure that you just cover all the steps one by one because observing them can cause further damage. Following are the steps being discussed below.

Turn off the main water supply

Flush the water for no water in bowl 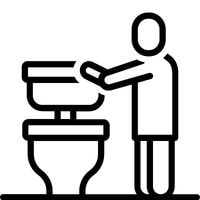 Before you go on for cleansing the jets make sure that that water is no longer in the toilet bowl,for that flush the water from the tank.

You can now open the lid of the tank so that you soak the remaining droplets up in the tank by a towel but in case you have time then you can wait for it to dry up.

Most importantly don’t forget to use a sponge to clear up the remaining water in the tank.

Once you are done with disconnecting the supply of water to the tank and clearing up the bowl from water then with the help of magnifying glass figure out the intensity of dirt in it.

By doing so you will have a clear idea to make usage of which cleansing solution. The most frequently used solution is of baking soda and vinegar.  You can also use a torchlight to check the amount of dirt in the jets.

Seal the jets with duct tape

Now once you know the intensity of dirt or mineral add up in the jet make sure you cover them well using the duct tape. 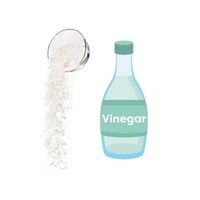 As a precautionary step it is highly recommended to pour in the blend of soda and vinegar in the water tank and let it sit for sometime.

So that it clears up all the mineral build up in the tank , after all no one would want to add up more mineral deposits after getting it flushed.

Fill the jets with blend of vinegar and soda

After filling up the water tank with the mix of soda and vinegar , you have to find a overflow tube and in that you have to pour down the same mixture so that it reaches down the siphon jets through it .

The mix should be in the combination of one third baking soda and two third of vinegar because it is ideal to clear up the mineral deposits and any other dirt.

You should try some other cleaning agent if you are of the view that the jets are clogged up due to bacteria. 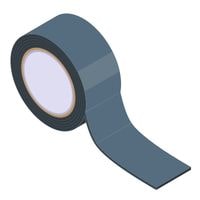 Now finally remove the duct tape from siphon jets and rim jets. It would be best while doing so you wear gloves, although it’s not too poisonous still you would want to not the solution to touch your hands.

Now make usage of the brush on the toilet to rub and clean the dirt or mineral deposits from the rim jets and siphon jet.

Now before you go on using the flush, open up water supply to water tank and then open up fill valve.

As soon as you open up the fill valve and water supply then you can make use of flush as many time you like.

Although this is not must to be taken step , yet rubbing the siphon jets and rim jets again after flushing It make it clear to you if your jets are working properly or not.

Why do jets clog?

Anyone who wants to know the unclog the clog must also be curious to learn that what causes the jets to be clogged.

Dirt in the water through pipe lines and the rust on them can clog the jets. In most cases its because the build up of minerals siphons and rim jets get clogged up.

How do I know if my siphon jet is clogged?

If your flush is not flushing in proper manner then this is a sign of clogged up siphon.

Indeed it will but it will need a combination with baking soda in proportion of one third of baking soda and two third of vinegar.

How to unclog a toilet very easily?