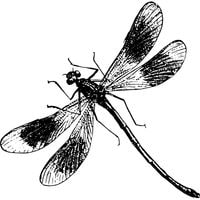 What Does A Dragonfly Bite Look Like. Summers have just arrived in many parts of the world and with the summer there will definitely be a lot of insects, flies, and bugs that will be nuisances for many homeowners.

If summers haven’t arrived in your city then it will be there for sure shortly and with the summers your home would always be under some sort of threat from the infestation of flies, mosquitoes, bugs, insects, etc.

One of the flies we would be talking about in this article is the dragonfly. The dragonfly that is too long and has pair of wings. Since these flies are too long, so chances are that you like many other people in the world also might think of them as very dangerous or harmful to human beings.

Like many people you might also be one of those who have got this question “Do dragonflies bite or sting?”.

Unfortunately, not many people know much about these beautifully looking flies and have been misunderstood a lot, people should have right knowledge about these poor flies.

Just think people treat you wrong just because of some misunderstandings about you ,how would you feel then? Likewise many people due to a misunderstanding about dragonflies don’t treat them well.

In order to remove some of the misunderstandings related to dragonflies I’ll be discussing about them a few details that will help you in fathoming that how useful these flies are. 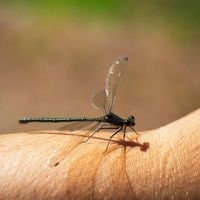 One of the questions arises that might arise in your head when you look at a dragonfly is “Do they bite or sting?”.

Well, they don’t have anything in them that they can bring into use to sting you. But in the aspect of biting humans, they are pretty much same to many species of the world including humans.

If you feel threatened if someone attacks you then what do you do? Let them attack you and do nothing in defense for your own self? Or do you defend yourself by counterattacking them?

Mostly likely you do defend yourself by attacking them which is natural. Similarly dragonfly makes human their prey if they feel threatened by them. If humans based on their misunderstanding about dragonfly do not attack them then they are harmless for them.

Another question that comes to many onlookers of dragonflies “Are they venomous?”. Dragonflies have nothing in them that contains venom. Their bites are free from venom hence their bites are completely harmless.

Contrary to the mythical beliefs that dragonflies are dangerous to humans, dragonflies are actually useful to your environment. Their presence is of utmost significance.

If they are in your home in good numbers, then you would see fewer numbers of mosquitoes and other insects etc in your home because dragonflies are their predator. 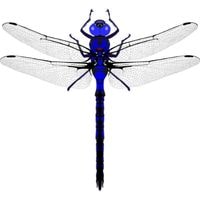 It would be hard for you to believe but it is true that swarms of dragonflies can be seen from the space ,and it has been reported by astronauts that their swarms were seen from space.

As I have already said above that dragonflies are predators of mosquitoes, so they do contribute in controlling the population of mosquitoes in the environment.

If we will have controlled population of mosquitoes in our environment then there will be not much risk involved of diseases that spread throughout the environment by mosquitoes. Having dragonflies is indeed a blessing in disguise.

Some interesting about dragonflies are as follows.

Dragonflies have very sharp eyesight. They have thousands of lenses that help them  see things around them very clearly.

Like every species, including humans, have their enemies as well, dragonflies are no exception to this harsh reality. They have a number of enemies as well that includes frogs, birds, and spiders.

What happens when a dragonfly bites you?

Naturally, the dragonfly is harmless to humans, but if they attack them then they will definitely bite you which will give you a few burns on your skin.

The simple answer to this question is no, they don’t have a sting.

What Does A Dragonfly Bite Look Like. In this article you have learned that dragonflies who do look threatening to humans because of their long length are actually very useful to the environment.

Dragonflies help in controlling the population of mosquitoes that carries a number of infectious diseases. Dragonflies only attack humans if they feel threatened by them.