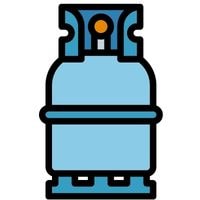 What Happens If You Use Propane On A Natural Gas Stove. The point of discussion is what would happen if we use propane in the natural gas stove?

A lot of people are of the view that yes it is completely fine to use profane on a natural gas stove that is clearly ignorance on their part because this could be too dangerous.

Usage of propane on a stove that was made for natural gas consumption can become a cause of too big flame because the orifice jet of natural gas is bigger than the one for propane use.

This has potential damage by causing us to burn the stove and even the entire home, in fact, max lot worse is an explosion that can cause our death on spot.

What lot worse could be after death then? This write-up would throw a fair amount of light on why it is not a wise decision to use propane on a stove that is purely intended for natural gas consumption.

In case you want to use propane then switch the stove that is purely intended for propane to make sure safety is there. Switching it would result in no damage such as house catching fire and self burns that can cause us to die on spot.

What Happens If You Use Propane On A Natural Gas Stove 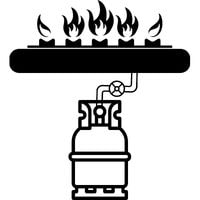 More than one situation may be the outcome of this risky step by you, in which probabilities of undesirable outcomes are more than desirable.

So what’s the point to taking a risk? Would you risk your life and life of your near and dear ones? Just think about it.

Nothing Going To Happen

Probably nothing is going to happen because of some timely adjustment you have made in its orifice jet or probably you have added some elements that may have minimized the fire.

What if due to some hectic routine getting too much over on your nerves causes you to forget to make adjustments in the orifice jet and put some elements? Even then the chances of catching fire are still there, we can’t rule it out completely.

Pressure Build-Up Can Cause The Fire Blowback 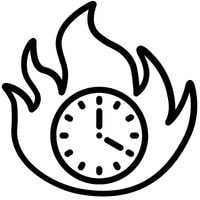 Provided that the more than needed propane release all at once can become leading cause to enormous force inside the elements of your stove.

As it is clearly said beforehand that the opening jet of natural gas is bigger in comparison to the propane opening jet and as its corollary, a massive quantity of propane will get out from the jet causing too enormous blaze and that won’t be a little amount of blaze but notably massive blaze.

Now just think for a few seconds that how it would look like a blaze coming out of the flamethrower and coming out to the burner of your stove? What visual you are having while having all this in your mind?

For sure it gives a picture of the disaster that minimally becomes the cause of burning the stove and maximally causing your entire house to burn and as a result of that, you might lose your near ones. 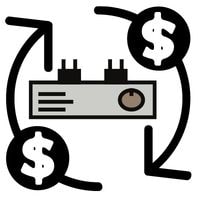 From the discussion so far it becomes quite manifest to all of you that the best and wise idea is to change the natural gas stove into a propane stove to avoid such undesirable situations and on top of that it would make it a lot easier safe for you to use propane.

Before you proceed it with it is a must for you must check the local codes of your city because some cities do not authorize only professionals to do this.

Moreover, you should also be sure through proper check whether or not your natural gas stove is changeable into a propane stove or not.

That’s because some of the stoves don’t make it possible to change from natural gas stove to propane stove.

Why can’t you use propane indoors?

What Happens If You Use Propane On A Natural Gas Stove. From the discussion so far now it is quite evident to all of you that it’s not wise hence not viable for you to use propane on the natural gas stove since it involves a vast range of risks including causing your entire house to on fire that is likely to cause death to your near and dear ones.