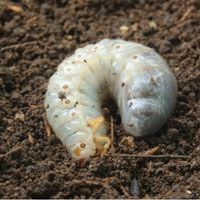 White Worms In House. Summers are around the corner and with the summer it’s some comforts and discomforts. We are going through one of the worst discomforts that comes along with summer which is a infestation of white worms on your house premises.

These white worms are also called maggots. Despite the fact that they are not carriers of any contagious diseases yet having them in your home is not something you would like.

Most of you lack proper knowledge about it except that it’s a white two inched legless pest that wiggles in your home, in order to get rid of them you should have little bit knowledge about them.

In this article, we will discuss a few points like what exactly these maggots are, what they are most attracted to and a few steps to get rid of the premises of your house so that next time when you see them you don’t panic, rather you own them by getting rid of them. 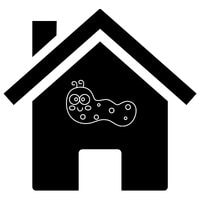 We all humans were once infant or baby , likewise these flies in beginning of their life are larvae called maggots, most common larvae in our homes are of simple house flies or blow flies.

In other words maggots are underdeveloped flies or youngest stage of flies. They do have a couple of hooks which they use in consuming food.

Time when maggots are more problematics

Like most bugs and worms maggots also become cause of more nuisance in the month of summers.

Many people are of the impression that when a fly lays egg, fly would come out of it in fully developed form with wings like fly, which is not right because they come out from egg as larvae called maggots.

What these maggots are attracted to?

When the maggots come out of the egg hatched by the flies they immediately go for feeding on food and if they sense the presence of rotten or decomposed food it would be open invitation for them because they like their mother fly are attracted toward rotten food or garbage. 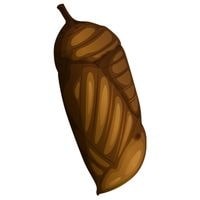 It takes them at least 5 to 6 days to enter into their next development stage called pupae and approximately 30 days to develop themselves into adult fly.

Your kitchen is their most favorite area in your house because that’s where mostly the decomposed, dirty and stale foods are put into garbage bins or even stale fruits, these all things are open invitation for maggots and flies both.

When you look for maggots in your home specially in kitchen where their presence’s probability is higher you should also be looking for the flies there, danger is double.

How to get rid of maggots in home

Quiet often it happens that people confuse the identity of other bugs with identity of maggots , therefore it is of utmost significance for you to first make sure that the pest has been correctly identified so that it takes you not much money and time on inappropriate treatment and that too for nothing. 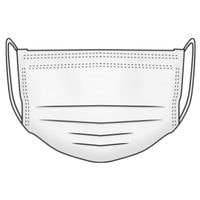 To make the killing act of maggots and flies easier for you it would be best if you wear mask on your nose because it would be difficult for you to stand a chance in front of stale food in garbage bin that is yet to be tossed out and that’s where most of these worms and fly feed.

After wearing the mask spot the infestation within the premises of your home, there usual spot of infestation is your stale and decomposed food and other trash in trash can. You may also be able to locate them anywhere where there is dirtiness or rotten stuff.

If the maggots are in your trash can you can simply turn the flame up of your kitchen stove and put the trash on it to boil it as result it would not only destroy eggs but also kill the maggot most simple solution is to sprinkle some salt on them or spray some pesticide over them, it would be enough to kill them.

After killing eggs and maggots from the trash can clean the area around trash can properly.

Put any natural fly repellent on all the entrance points of flies to avoid their infestation in the future.

What are these little white worms?

Little white worms in your house are underdeveloped or first stage of fly that comes out of the egg.

Why do I have little white worms in my kitchen?

White Worms In House. In this article you have learned what these maggots exactly are , more than the two inch stuff.

You know where do they feed mostly in your home so it has become lot more easier for you to get rid of them, as a result of reading this now you will make sure you keep dumping the trash outside your home to keep from infestation of maggots and flies.